The Reopening Experiment and Geopolitical Risks 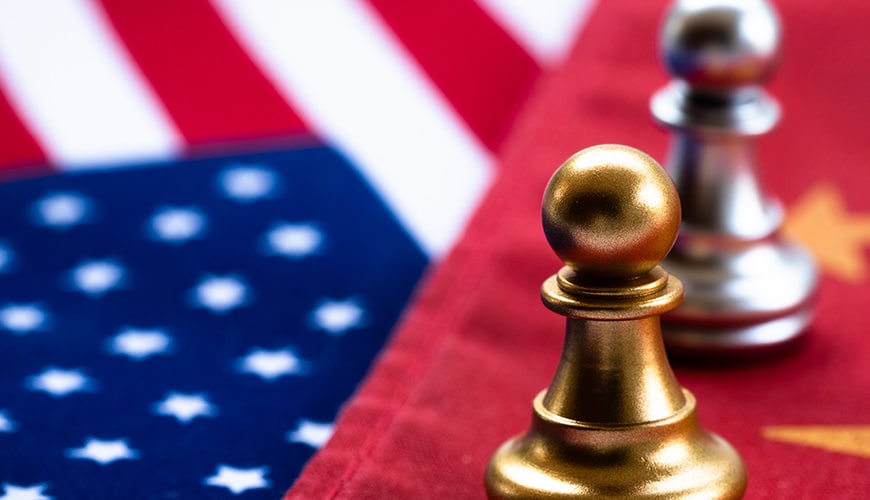 Given the unprecedented nature of the Great Lockdown, the gradual reopening of economies are now being viewed as an experiment. World leaders are faced with tough decisions trying to manage unparalleled health and economic crisis and the differences of opinions over how, when and which businesses should resume. The uncertainties and the struggles of easing lockdown measures took the financial markets into unknown territory.

During the month, more countries were able to bring the coronavirus outbreak under control and take steps towards new normality. However, the threat of a second wave of outbreak and warnings that new clusters of cases in the northeast region of China show that patients appear to be carrying the virus for a “longer period of time” and take “longer to recover” remain key risk factors for the markets across the month.

Overall, investors cheered the reopening of economies and any positive news of the several vaccines under development.

Investors barely had time for a breather as the hopes behind the reopening of economies were overshadowed by the resurgence of geopolitical risks. The tensions between the US and China, Brexit and factors that are again challenging the unity of the Eurozone have come back to the fore of the markets.

As the pandemic continues to create havoc on the global economy, it is also reshaping the political dynamics:

In the middle of a pandemic, the world’s two most powerful economies are embroiled in a series of clashes which could take both countries to the brink of a “new cold war”:

As of writing, investors are awaiting the press conference on Friday where the US President is scheduled to discuss China.

The negotiations between the UK and the EU appear to have stalled. Prime Minister, Boris Johnson has reiterated a few times during the month that he has no intention to extend the transition period. The UK is, therefore, preparing its coronavirus-induced economy for a no-deal Brexit.

The clock is ticking as a decision for an extension would have to be made by June 30.

COVID-19 is testing the solidarity of the European members and may threaten to awaken a euro crisis. After a standoff between the EU and Germany, following a critical ruling on ECB’s quantitative easing program by Germany’s constitutional court, the gradual reopening of economies of member states within the Eurozone has brought some optimism. However, finding a compromise on the EU Recovery plan for Europe might prove to be challenging:

The European Commission trapped between the divergence of opinions has come forward on the 27th of May for a major recovery plan to “Repair and Prepare for the Next Generation”. In total the European Recovery Plan will put €1.85 trillion to help kick-start the Eurozone’s economy and ensure Europe bounces forward. The Commission’s proposal is a mix of grants and loans.

The recovery plan requires the unanimous backing of all 27 nations of the bloc and therefore, investors will probably wait for a compromise to sense the unity and solidarity of the EU members.

The combination of the two main themes – Reopening plans and the rising geopolitical tensions have buoyed risk sentiment, but an environment of caution prevails.

The government and central banks have absorbed nearly all the shocks of the virus on the financial markets by injecting massive liquidity in the economy, keeping credit flowing and supporting their economy with huge fiscal stimulus plan among many others unconventional plans. On the reassurance that the intervention measures are not going to fizzle out anytime soon, investors have pushed global stocks higher throughout the month on the back of easing lockdown measures. Major economies are opening at a quicker pace than anticipated, fanning hopes for a faster recovery. 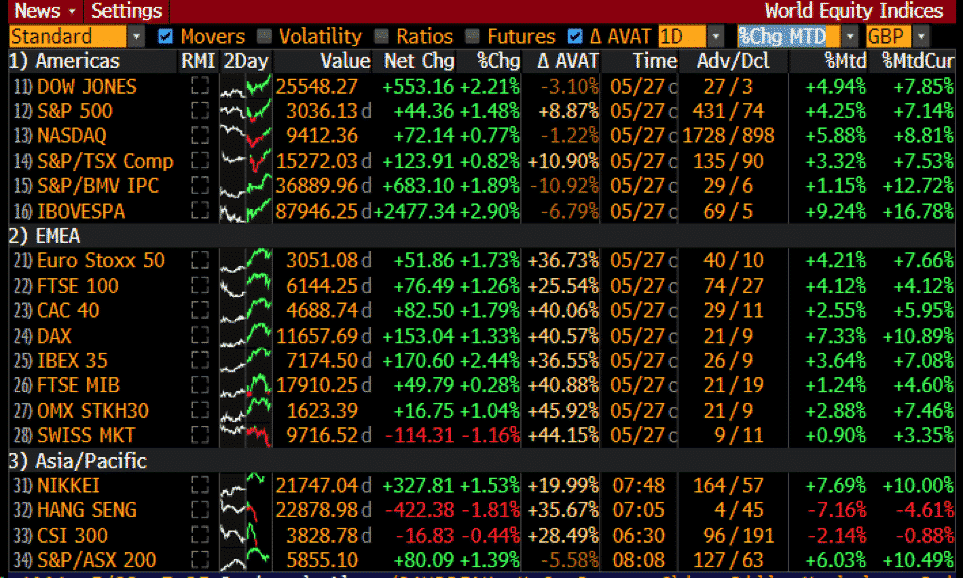 European bourses are poised for their best May gains since the financial crisis. After China, Europe was considered as the epicentre of the virus and now the enthusiasm is built over the reopenings of countries within Europe and the massive interventions by governments and central banks. 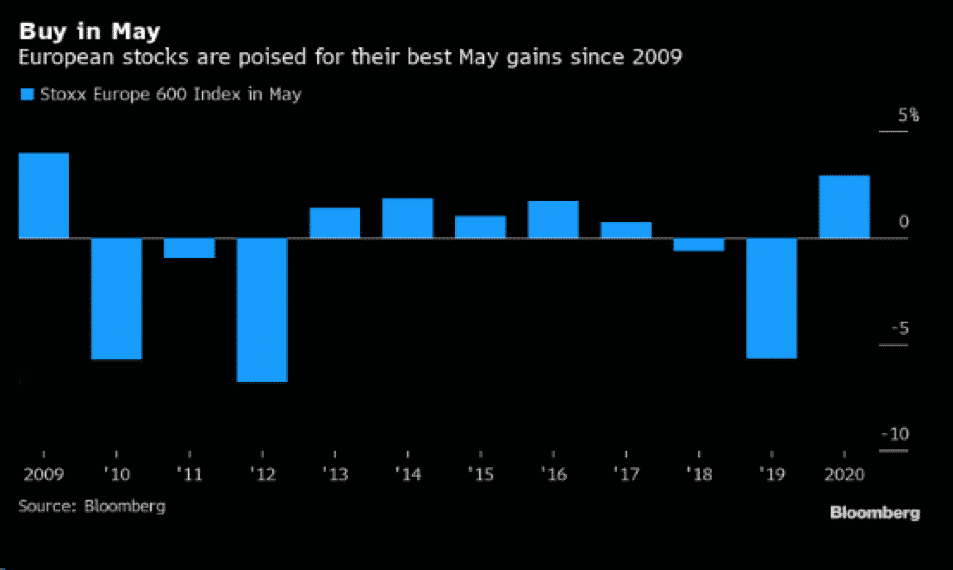 However, the pace of the rally is ebbing as various geopolitical risks have crawled back to the fore of the markets. The impact of worsening US-China relationships has the potential to last longer than the negative effect of the pandemic. 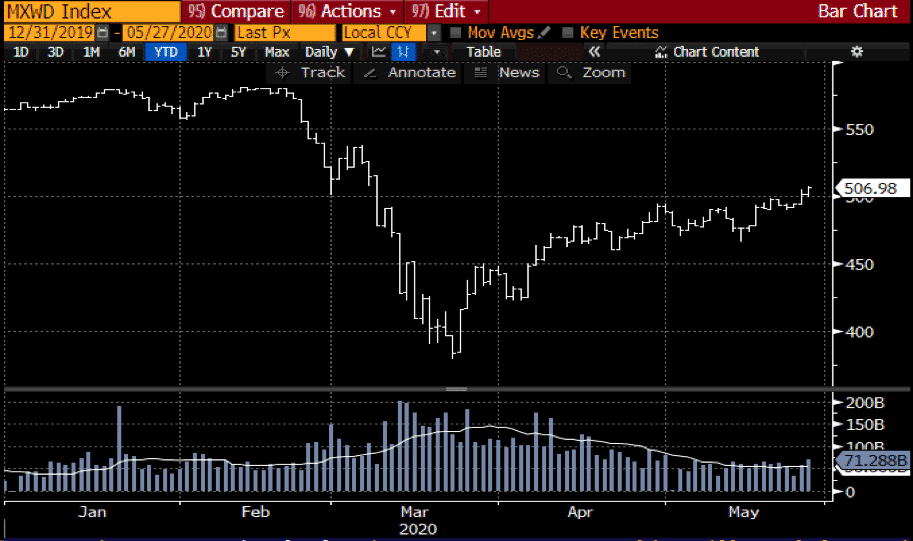 Hong Kong and Chinese stocks struggled to rally like their counterparts as investors remain focused on Hong Kong security law and the protests in one of Asian’s biggest financial hub. World leaders were quick to condemn the controversial security law. The heightened tensions between the two countries have returned to the fore of the markets at a time where investors were buoyed by the reopening economies narrative.

Is the stock rally sustainable? The US-China relationship remains a key geopolitical risk that investors cannot ignore. The gradual return to normal and the several potential vaccines under development may quickly be overshadowed by geopolitical jitters if the situation between the US and China worsen.

Australia and New Zealand were able to better contain the spread of the virus and eased lockdown measures quicker compared to its peers. After the Australian Treasury announced the $60 billion accounting error, investors were reassured that the Australian economy was not as severely impacted as initially forecasted. The RBA also appeared less-dovish compared to other central banks and has even started to scale back bond-buying purchases. There were enough positive developments to help the Aussie dollar and Kiwi to rally.

Both the AUDUSD and NZDUSD pairs are back to trading in the familiar levels seen before the sharp plunge linked to the coronavirus jitters. However, the US-China tussle is keeping a lid on gains and at those levels, traders will likely await for fresh positive catalysts to push the pairs higher.

The shared currency was unable to benefit fully from the overall risk-on sentiment and the weakness of the US dollar – dragged by the political dynamics within the Eurozone. Until geopolitical risks recede and there is a compromise on the EU recovery plan, the EURUSD pair may struggle to firm outside its current range and significantly above the 1.10 level. 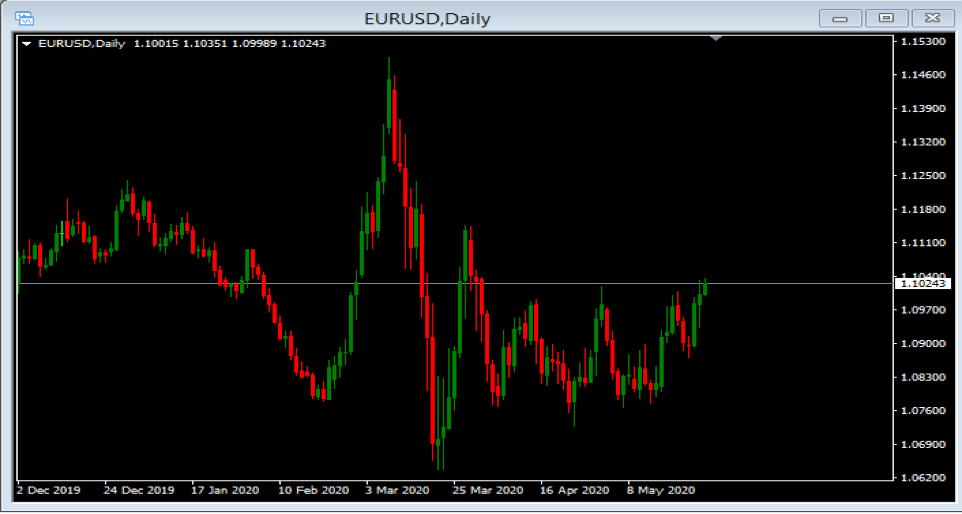 The Sterling Pound remained on the downside as Brexit uncertainties resurfaced. The negotiations have stalled and with the deadline for extending the transition period coming closer, traders are finding a little positive narrative to rule out a no-deal Brexit. All eyes on the resumption of Brexit negotiations at the start of next month.

The oil market recovered a semblance of normality during the month. The production cuts by OPEC and non-OPEC allies officially kick-started at the start of May. A combination of productions, buoyant inventory reports and the prospects of increasing demand has supported the oil market. As demand and supply fundamentals continue to show signs of improvement, crude oil future prices caught the rebound wave.

Ahead of the OPEC+ June meeting scheduled to take place in two weeks, traders also took note of the conversation between Russia and Saudi Arabia and their need for close coordination and commitment to production cuts. However, the upside momentum has tamed due to the geopolitical risks and a lack of conviction that Russia will extend or commit to deeper cuts. 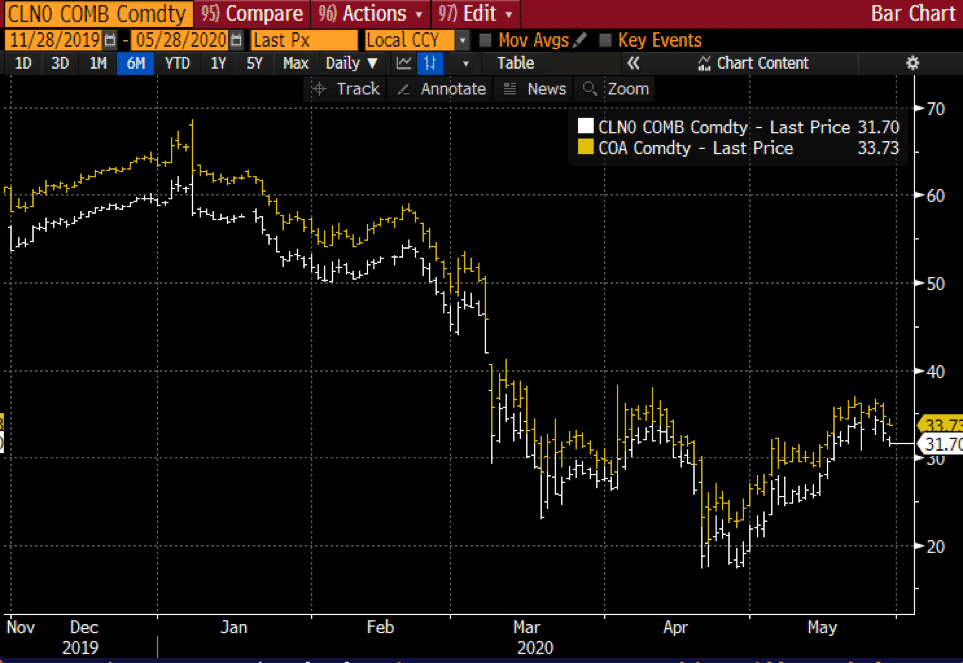 As geopolitical tensions rattled the markets, gold rose to a high of $1,765 during the month before retreating to the downside. Despite the risk-on sentiment and the rally in the stock market, an environment of caution is keeping the precious metal above the $1,700 mark. 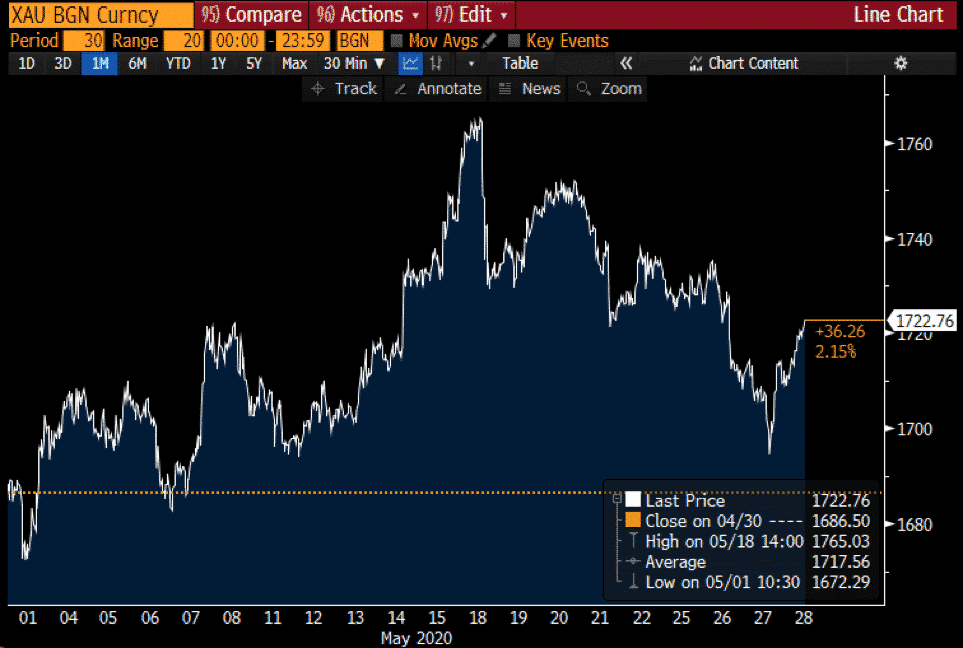 Trumpolitics Markets dissected President Trump’s remarks on actions against China on Friday. A key takeaway from those remarks was that the US President did not mention the Phase One trade deal between the US and China and instead focused on China’s handling of coronavirus, the World Health Organisation (WHO) and Hong Kong controversial secur...

Overnight on Wall Street: Thursday 28 May

Equity Markets Global stocks advanced higher on Wednesday on rising optimism from the reopening of economies as most countries appear to have gone t...