Good news! The reports that China will raise penalties on IP theft in an attempt to progress with the trade negotiations have renewed optimism in the markets. Investors also welcomed the few mergers and acquisitions positively:

Wall Street advanced to record highs as risk sentiment improved by positive trade news and a number of blockbuster deals.

In the FX market, major currencies were weaker against the US dollar. The latter rallied encouraged by the penalties of IP theft. The greenback emerged as the best performer despite the dismal Chicago Fed Index.

The British Pound remains driven by the political election campaign. The cable gapped higher on the open backed by the manifesto released by the Conservative Party. Even though the manifesto raised queries on the viability, it was considered as a Pound-positive.

The GBPUSD pair rose above the 1.29 level before retreating slightly dragged by the polls citing that the Tory lead over Labour narrows to 7 points only. 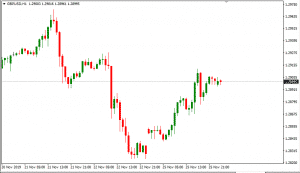 Gold was sent on the offer as investors put their money in riskier assets. The XAUUSD pair has dropped to the $1,455 level but appears stable around that region. The lift in risk appetite backed by upbeat headlines at the start of the week will be negative for gold prices. 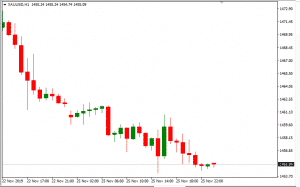