In a pandemic-induced environment, central banks and governments have absorbed all the shocks of the virus on the financial markets by injecting massive liquidity in the economy, keeping credit flowing and supporting the global economy with huge fiscal stimulus plans to manage an unparalleled health and economic crisis.

Governments and Central Banks have gone out of their conventional ways through fiscal and monetary policies to support the global economy. While there are slightly more optimism and confidence in the markets compared to the beginning of the pandemic, there is no vaccine yet and countries remain exposed to another wave of the coronavirus outbreak as and when activities resume. Markets are therefore monitoring how long will those stimuli stay in place against the global economic recovery.

Recently, the Fed may have set the tone for longer-than-expected ultra-loose monetary policies! 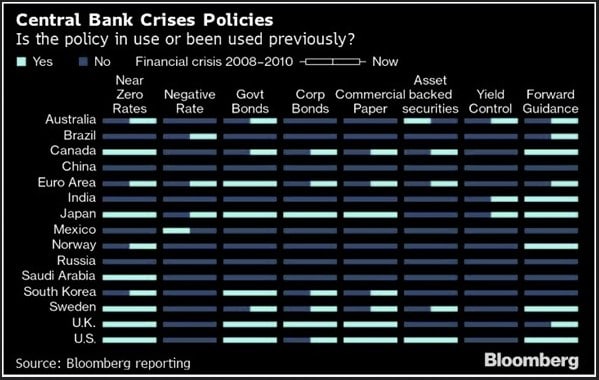 The moderate inflation strategy recently adopted by the Fed has confirmed the expectations of low-interest rates and quantitative easing for even longer. In the September meeting last week, the New Dot Plot also shows that borrowing costs will likely remain near zero through 2023. In addition, the Fed sent a clear message that more has to be done on the fiscal side as they have limited resources left to support the economy. 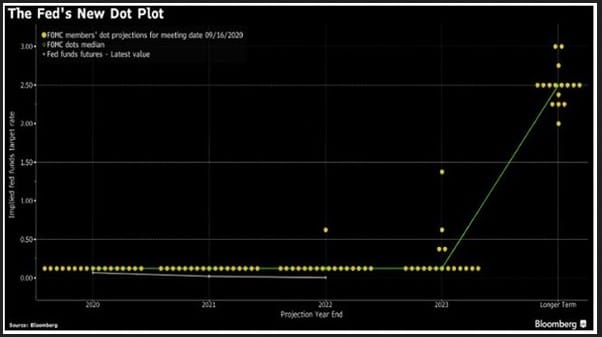 Ahead of the US elections, the political gridlock over the stimulus package has instilled fears that the US economy may not get the required support on time. The US share market and its local currency are currently being underpinned by those political risks.

The Bank of England (BoE)

The BoE was among the few that has explored the prospects of negative interest rates quite early during the pandemic. In its recent meeting, the BoE further explores the effectiveness of negative policy rates triggering some selling in the GBP-related currencies pairs which were already dampened by Brexit woes. 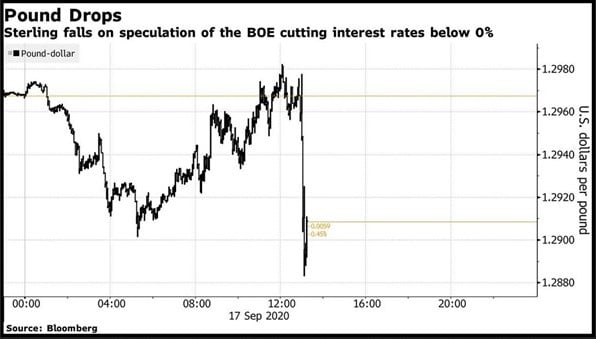 The UK economy remains fragile by a hard-Brexit rhetoric and the recent rising number of cases in the UK which could result in more social distancing restrictions.

In its recent meeting, the Governing Council of the ECB kept interest rates policies and coronavirus stimuli unchanged. The council also sees “ECB interest rates to remain at their present or lower levels until it has seen the inflation outlook robustly converge to a level sufficiently close to, but below, 2% within its projection horizon, and such convergence has been consistently reflected in underlying inflation dynamics.”

While the “on hold” stance was widely expected, the discussion around the appreciation of the Euro caught much attention. President Lagarde acknowledges that the appreciation of the euro is being monitored because it can exercise a negative pressure on prices but stated that they do not target exchange rate. The incoming data in the euro area also show a strong rebound in activity broadly in line with previous expectations. However, it remains well-below pre-coronavirus levels.

As fears of a second outbreak mounts in the European regions, the signs of divergence in the economic recovery in the eurozone area has tamed the rise in the shared currency. The biggest driver of the Euro has been the unprecedented stimulus package and unity of the European countries during the pandemic.

After a substantial rally, the EURUSD pair has been trading within a range.

The Reserve Bank of Australia (RBA)

At the start of the month, the Board decided “to maintain the targets for the cash rate and the yield on 3-year Australian Government bonds of 25 basis points. It also decided to increase the size of the Term Funding Facility and make the facility available for longer.” Up until recently, the RBA has remained reluctant to tap into negative interest rates given the lack of evidence on its effectiveness.

The Deputy Governor, Guy Debelle’s speech on the Australian economy and Monetary policy provided further guidance on the current state of the Australian and global economies and the monetary actions the RBA has taken to support the local economy. Most importantly, Deputy Guy Debelle outline the four possibilities for further monetary actions if the RBA decides that it is warranted.

3rd Option: Lower rates in the economy a little more without going into negative territory.

The options of the currency intervention and negative interest rates have always been the least preferred ones for the RBA.  However, we note this week that the RBA is now prepared to explore these options as well if warranted.

The Aussie dollar has appreciated over the months because of its higher interest rate over the US dollar and stronger iron ore prices.

More central banks are exploring near zero or even negative interest rates. Ahead of a series of central banks meetings this week, investors will look for further confirmation of ultra-loose monetary policies around the globe. 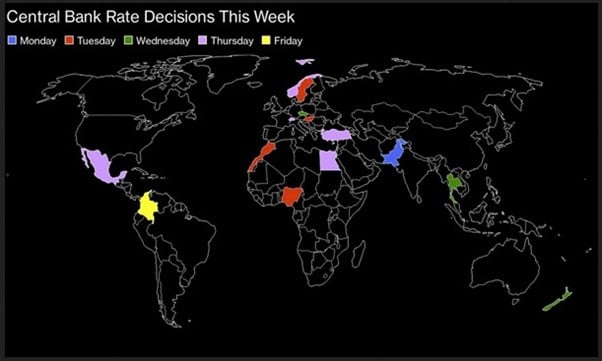 The immediate focus will be on the RBNZ and SNB – while no changes to policies and interest rates are expected, investors will continue to monitor RBNZ’s stance on negative interest rates which appear to be a viable tool if current measures in place are insufficient in maintaining the stability of the financial system in New Zealand.

Early September, Bitcoin was the talk of the town, racing towards daily highs and stirring up speculative chatter of a bull rally in the not too distant future. In our Chart of The Day back on September 5th, we suggested a degree of caution due to the developing head & shoulder reversal pattern, and it turns out that a change in direction was...

Equity Markets Global equities fell on Monday - European stocks tanked and dropped the most in three months following the renewed fears of a second ...