Is the Japanese Yen, JPY at risk? 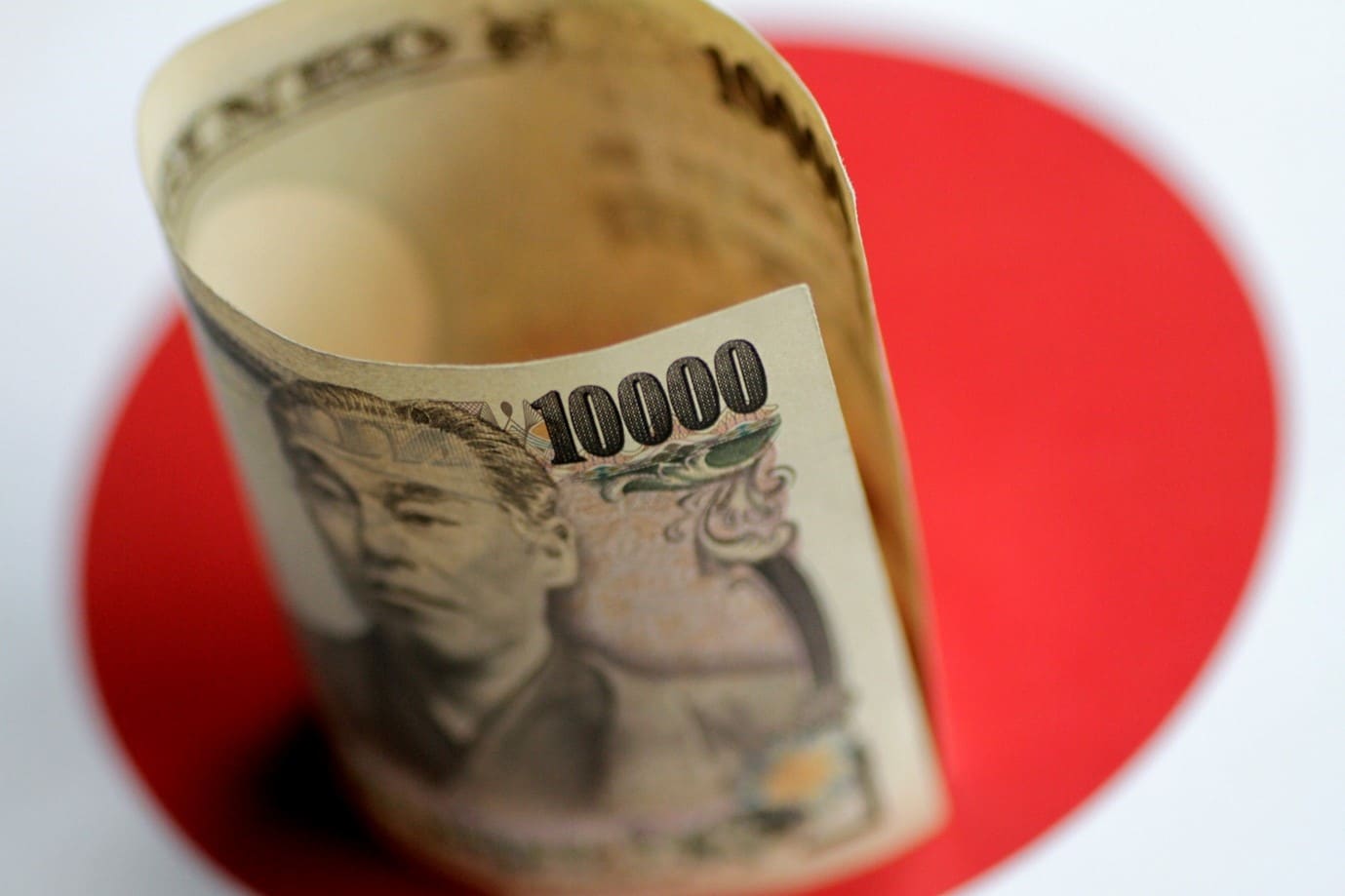 The Japanese Yen, Japan’s currency, has long been classed in the safe haven category along with the USD and Gold. A currency that even in times of extreme pressure in the world economies, has been able to hold its price somewhat, compared to other major currencies. This is one of the reasons why Japan’s economy, albeit heavily in debt, is regarded as pretty stable and has a large credit rating around the world. A highly developed free-market economy, it is the third largest in the world by nominal GDP and the fourth largest by purchasing power parity (PPP). It is the world’s second-largest developed economy. However, with the yen’s value hitting its lowest level in 20 years against the U.S. dollar, could the recent reports be shedding a new light in the way investors see the JPY going forward?

In January, Japan’s current-account deficit topped 1 trillion yen ($8 billion). Imports in value terms have been ballooning amid coronavirus-related supply constraints and a commodities rally fueled by the war in Ukraine later in March. Japan’s terms of trade, or the ratio between its export and import prices, have deteriorated, and more of the country’s income has flowed overseas as import costs have swelled.

The immediate cause of the yen’s weakness is a split in monetary policy between Japan and the U.S. The Bank of Japan offered to buy unlimited amounts of Japanese government bonds to tamp down interest rates at a time when U.S. Treasury yields have soared as the Federal Reserve tightens policy to rein in inflation, encouraging traders to sell yen for dollars.

Importers selling yen for dollar funds is “a root cause of the yen’s accelerating depreciation,” a bank executive said. A weaker currency in turn drives up the cost of imports in yen terms, which can further widen the current-account deficit. Worse terms of trade also make Japanese companies less competitive and add to the downward pressure on the yen.’

While widening differences between dovish Japanese and hawkish U.S. monetary policies and growing import costs stemming from the Russia-Ukraine war have accelerated the yen’s fall, Karakama said that Japan’s long-running trade deficits have made the yen structurally weaker.

“There are various arguments about whether or not the yen has become structurally weak, but I think we need to approach this issue with the assumption that it is a structural problem,” said Daisuke Karakama, chief market economist at Mizuho Bank.

There’s belief that the current depreciation won’t stop any time soon. Inflation, supply chain pressure, investors selling Yen for Dollars and high costs of fuel do not seem to be improving in the foreseeable future. Although February saw a ¥1.64 trillion current account surplus, the figure was down by 42.5% year on year.

The yen’s solid status has mainly been backed by the fact that Japan has been the world’s largest net creditor and enjoyed massive current account surpluses thanks to a steady flow of income from overseas, including returns on investments.

Daisuke Karakama is not hopeful either adding, “Decarbonization now seems irreversible, and it is also quite certain that the world economy will have to go on without Russia, which will keep resource prices high. So, I think Japan’s trade deficit is destined to deteriorate further.”

“That’s why we need to accept that a trend of a weak yen is expected to persist.” 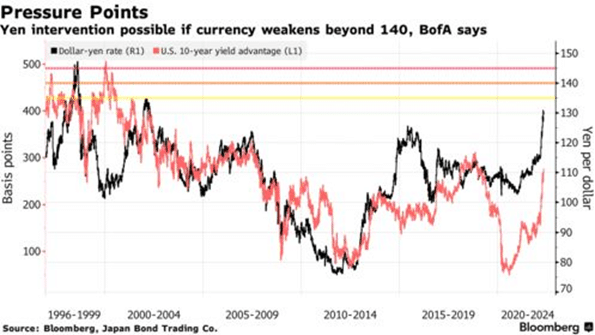 The most recent report on May 5th advises that the BoJ may need to spend $100 Billion to slow the Yen’s slide. The Yen dropped to $131.25 last month, the weakest since 2002, after the Bank of Japan reiterated its intention to keep 10-year bond yields at 0.25% to help revive the economy.

The Bank of America, analyst, advises that if the Yen were to weaken further to $140, it may push the Bank of Japan to pull the trigger on a $100 billion spend.

When looking at all the factors at play, it does look that the JPY is at risk of depreciating further and if it doesn’t recover, lose its safe haven status to boot. Its Trade balance and current account status at the end of the year, will be of huge interest. The second half to the year could tell us a lot about how the Japanese government and BoJ have fared in keeping Japan’s credit intact and its standing as a major economy in the world.

To take advantage of the Japanese Yen (JPY) movements, we offer access to various JPY currency pairs within the Forex market, within our MetaTrader platforms here.

Australian bank, Macquarie has announced a strong uptick in earnings for the year. The company banked an impressive $4.706 Billion in profit which was an increase of 56% on 3,015 Billion for the FY21. Net profit was also up by 30% on 1H22. The company decided to give back ordinary dividends to the value of $6.22 per share. The bank unlike the ot...

It’s the beginning of a new month which means that the Non-Farm Payroll figures will be released by the US Bureau of Labor Statistics. The latest US...