”Total revenue grew 57% YoY in Q3. This was primarily achieved through growth in vehicle deliveries, as well as growth in other parts of the business. At the same time, vehicle ASP declined by 6% YoY as the Model S and Model X mix reduced YoY in Q3 due to product updates and as lower ASP vehicles became a larger percentage of our mix.”

”Our operating income improved to $2.0B in Q3 compared to the same period last year, resulting in a 14.6% operating margin. This profit level was reached while incurring SBC expense attributable to the 2018 CEO award of $190M in Q3, primarily driven by a new operational milestone becoming probable,” Tesla said in a letter to shareholders. 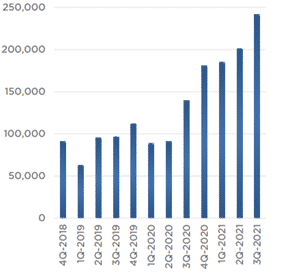 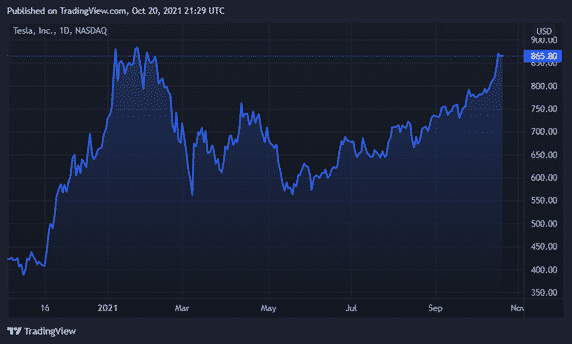 Share price of Tesla was little changed in the after-hours trading following the latest financial results, trading at around $861.54 per share. The stock is up by up 105.20% in the last year.

Tesla’s CEO, Elon Musk is currently the richest man on the planet with net worth of $241 billion, according to the Bloomberg Billionaires Index.

You can trade Tesla (TSLA) and many other stocks from the NYSE, NASDAQ, HKEX and the ASX with GO Markets as a Share CFD. Click here for more information. Trading Derivatives carries a high level of risk.

The Coca-Cola company reported their Q3 financial results before the opening bell on Wednesday. The company reported total revenue of $10 billion on the third quarter of 2021, beating analyst forecast of $9.75 billion. Earnings per share also topped analyst expectations on Wall Street at $0.65 per share vs. $0.58 per share expected. ''Our str...