US dollar drops as the economy shrinks by 0.9% for the last quarter.

US economic data revealed last night shows that the country’s GDP has shrunk by 0.9%, although some are remaining positive that a recession may still be avoided. Despite the worrying figures, Federal Reserve Chair, Jerome Powell, outlined his belief that due to low unemployment figures of 3.6% and a strong market for jobs with 11 million job openings that there may be a ‘soft landing’. Joe Biden commented, “It’s no surprise that the economy is slowing down as the Federal Reserve acts to bring down inflation.” More US CPI data is expected to be announced tonight.
In response to the GDP figure, the US indices had another green day with the Dow Jones, the Nasdaq, and the S&P500 all rising 1.03%, 1.08%, and 1.21% respectively. In terms of share price movement, Meta’s stock price dipped 5.22% as it posted its first-ever quarterly drop in revenue, signaling how interest rate hikes have been impacting growth companies. 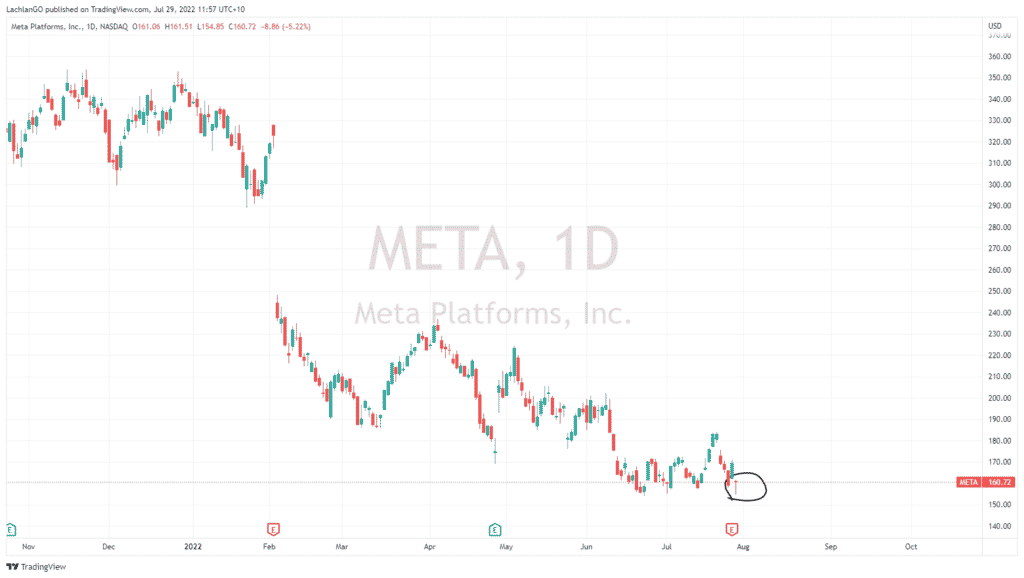 The data also followed through to the Australian market with the yield on 3-year government bonds falling to 3.1%. The ASX200 also continued its momentum for the week as it pushed higher again on Thursday.

Brent Crude Oil had a mixed day ending the day flat at $107.58. Gold continued to bounce off its support zone and climbed up 1.25% and Natural Gas fell 4.66% as it continues to pull back from its recent highs dropping 4.66%.

FOREX and Cryptocurrency
The USD dropped sharply as the GDP figures were announced. It recovered briefly, before selling back down, closing towards the lowest price of the day, a total drop of 0.28%. Bitcoin and Ethereum also gained momentum as money continued to flow back into risk assets, with the latter jumping to its highest level since the middle of July. ETHUSD closed at $1726 and Bitcoin at $23,860.

ExxonMobil Corporation (XOM) reported its second quarter financial results before the opening bell on Wall Street on Friday. The oil and gas giant topped Wall Street expectations for the second quarter of 2022. The company reported revenue of $115.681 billion vs. $111.302 billion expected. Earnings per share reported at $4.14 per share vs....

Is it time to Capitalise on Short Squeezes?