The JPY had seen some renewed strength after the Bank of Japan finally intervened late in 2022 to widen its target band on its 10-year band to -0.5-0.5% from -0.25-0.25%. This was seen as an overall positive catalyst for the currency and a sign that the Bank may be ready to increase rates.

The question that remains is will the market trust the BOJ and continue buying the JPY or is the buying just an opportunity for shorters to enter. Whilst potential trades exist on most of the JPY pairs, the most promising trade is on the CHFJPY. 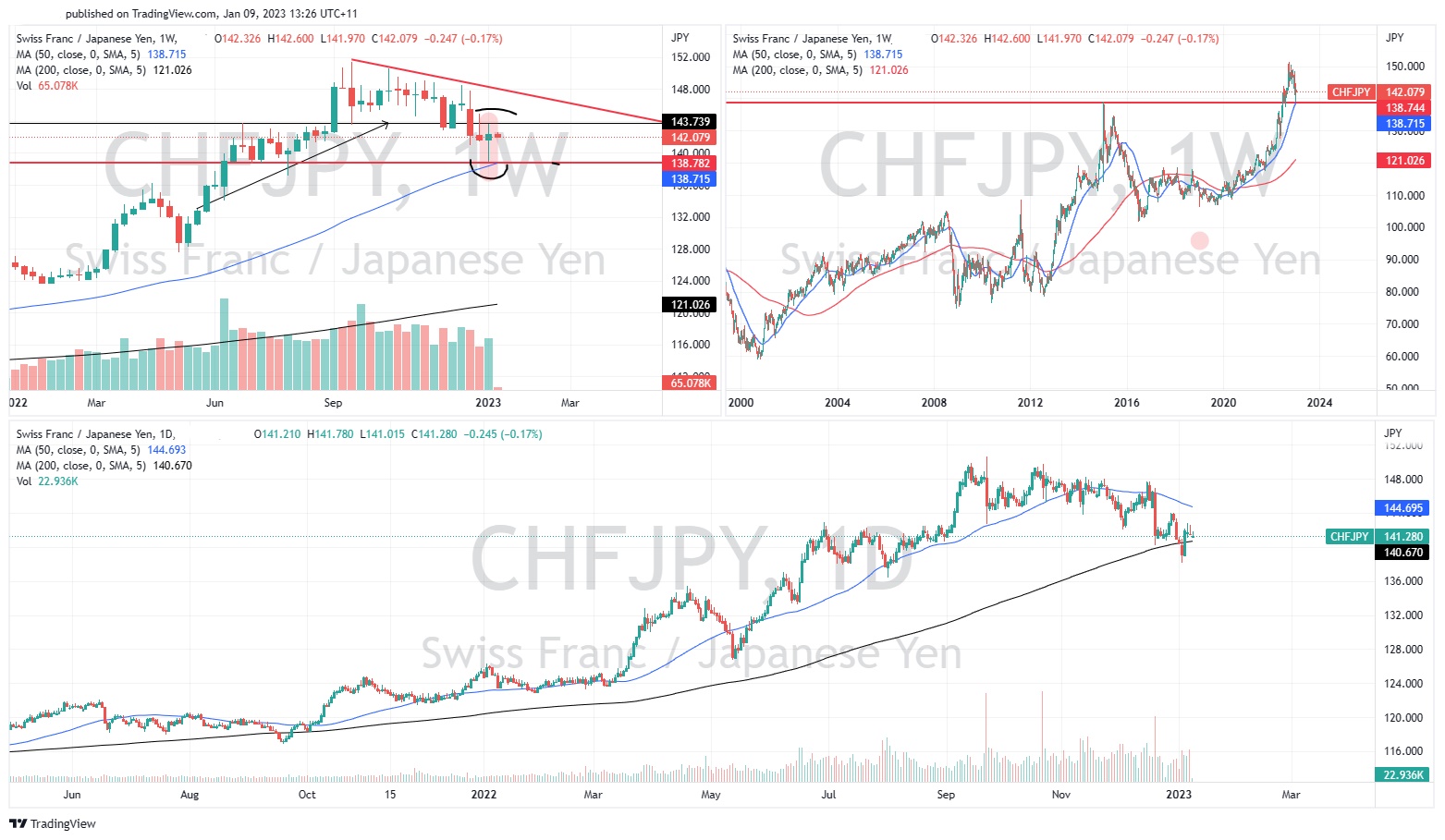 The weekly price chart shows an interesting pattern forming. The price initially sold down quite heavily when the BOJ announced its intervention. The price sold down aggressively but has not been able to pass through the 139.00 level. This support level acts as both the 50-week moving average and a long-term support level. This explains the initial price rejection.  The bounce was emphasised by the candlestick and the length of its wick. The body of the candle is very small and the wick long, highlighting how buyers immediately soaked up the selling potentially creating a pivot point.

The daily chart is less encouraging, it still shows the price in a down trend. Although, there was a strong day of buying, the price has been unable to break through the 142 level. The last few days of trading have shown the price to be selling down consistently after it has opened. Moving forward if the price can break out above the 142 level, it may indicate that the price will be ready for its next move higher. In the short term, a target near the top of the weekly trend line near 145/146. From a longer-term perspective, a significant reversal may see a potential target of 150.

The Aussie dollar has been on a tear in recent weeks as a weaker USD and thoughts of a pivot in US interest rate hikes has seen the Aussie bounce from its lows near $0.62. The Australian dollar and economy have benefited from the improved strength in commodity prices such as Gold and Iron ore which are important players in Australia’s economy. In...

Week Ahead: Market shows early signs of reversal ahead of CPI

Market shows early signs of reversal ahead of CPI   The equities market began the 2023 calendar year with some late momentum as the US empl...