Tesla is now one of the world’s most recognisable brands and companies. A leader in technology and pioneer of the electric vehicle space. The company has become a beacon of hope for the charge against climate change and move towards a more a carbon friendly future. At the centre of the company is its CEO, South African born billionaire, and visionary Elon Musk. Musk, who famously took over Twitter last year and has a list of other ventures including SpaceX, the Boring project and Starlink is a polarising figure with his controversial tweet comments and stances. This at times has hurt Tesla’s share price and reputation. However, he has been bold and aggressive in his plans and hopes for Tesla.

However, the company’s share price has taken a massive hit in the prior 18 month after peaking at $414. The price has now fallen back to $117 and is down 71.5% from those highs. The reason for the drop is due to various reason, Musk’s own hubris, a tough environment for growth company’s and missed deadlines. However, is the current state a once in a lifetime opportunity to enter a generational company at a heavy discount or a sign of big change in fortunes for the company.

The company’s share price has been dropping rapidly as production has slowed worries over the company’s ability to keep up with demand or worse the slowing of demand has spooked the market to the ability for the company to continue to grow. Furthermore, concern has developed over whether its first mover advantage is starting to fall away. Other car manufacturers are beginning to develop and get to market their own electric vehicles threatening Tesla’s market share. In saying this, Tesla still managed to sell 1.3 million vehicles last year short of the Musk’s 50% growth target. The company also manufactured 1.37 million cars for the 2022 calendar year. The company also increased its revenue to 74.836 billion dollars from 53.823 billion for the prior financial year. Tesla also has a notoriously high Price/Earnings ratio even when compared to most other car manufacturers.

Top car manufacturers such as Toyota, Volkswagen and Ford have much more modest PE ratios then Tesla has. Therefore, it is possible that the market is just valuing the company alongside the industry standard. In addition, the company still has a market capitalisation of almost double that of Toyota and significantly higher than other manufacturers. 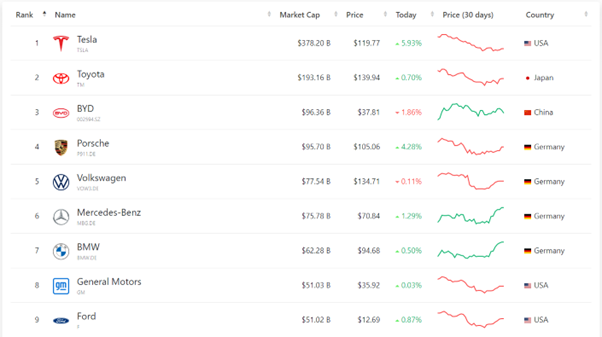 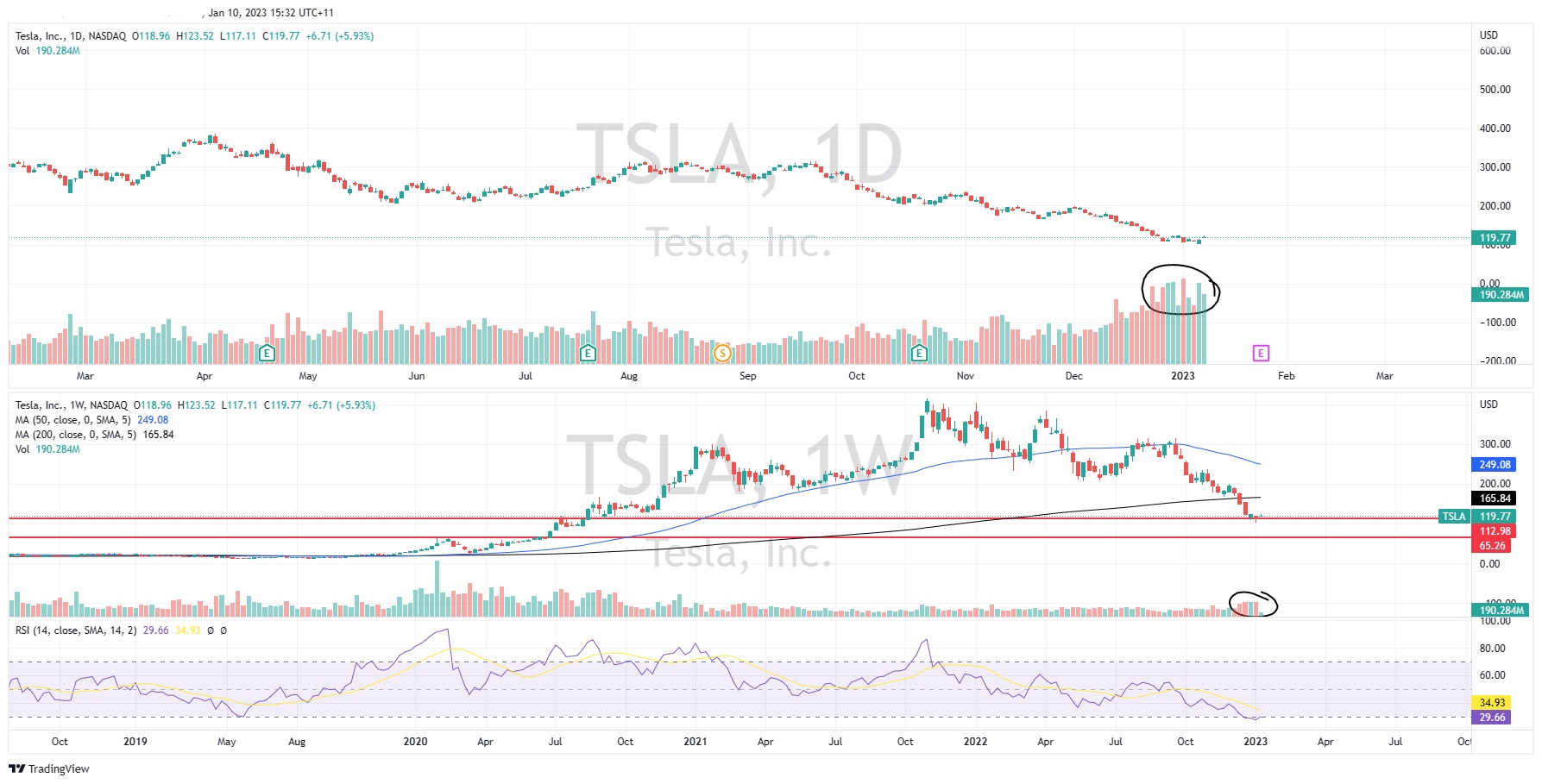 The price chart for Tesla is not particularly encouraging. The price is at levels not seen in more than 2 and a half years. The price is currently at $120 USD and has not yet made a bottom. In fact, the price has fallen below its 200-week moving average a bearish sign. It is resting on a support region at 110-120 dollars and if it fails its next support is at $65. The volume of selling has been quite aggressive. At this stage until, there is some sort of support or buying volume it remains a more favorable short then long. However, if the price can find support at $110 it may bounce and begin a reversal.

Ultimately, Tesla remains an intriguing opportunity for traders and investors. With high volatility and a high growth runway, Tesla may provide a rare opportunity for a long time.

2022 was the worst year ever for Bonds so will 2023 be better? Government bonds, thought as the safest investment had their worst yearly performance ever in 2022 according to analysis conducted by Edward McQuarrie professor at Santa Clara University. When referring to the performance of bonds it is specifically considering the decrease in price of...

The Aussie dollar has been on a tear in recent weeks as a weaker USD and thoughts of a pivot in US interest rate hikes has seen the Aussie bounce from...