Yen well placed ahead of Bank of Japan meeting

The Bank of Japan is set to release its rate decision and policy statement later today in what could shape as an important catalyst for the JPY. The JPY will likely see some increased volatility in the lead up to and as the BOJ announces its rate decision.

There is no clear consensus on what the BOJ will do but it ranges from the Bank holding the status Quo, expanding its intervention bands again from -0.5 and 0.5 wider or even scrapping the process altogether. When the Bank extended its intervention bands from -0.25-0.25 to -0.5-0.5 it was largely seen as a hawkish move, akin to raising interest rates. This brought some much-needed momentum to a ravaged JPY. However, even since this intervention the BOJ has had to step in and buy the Japanese government bonds on multiple occasions.

This recent intervention created a resurgence in the JPY. On the chart below which is an inverted price of the USDJPY, the JPY has broken from a long downtrend and is now reversing towards the long-term weekly price range. The weekly long-term range for the last ten years has been between 98 and 125. The 125 level is extremely important as a break above may see the price return to its long-term range. This may see the price reach a target of 120 in the medium to long term.    However, if the price fails to break through 125 it may reject the range and fall back down towards 150.

On the daily timeframe the price has been following a typical channel pattern as it continues its reversal. This channel can help provide potential signals for breakouts or breakdowns. This pattern can also provide entry triggers by entering when the price hits the bottom of the price channel and selling at the top. Another positive sign that supports a continued move to the upside is the 50 daily average crossing over the longer 200 day moving average. This golden cross is seen as a very bullish signal as buyers in the short term are beginning to overwhelm the sellers. 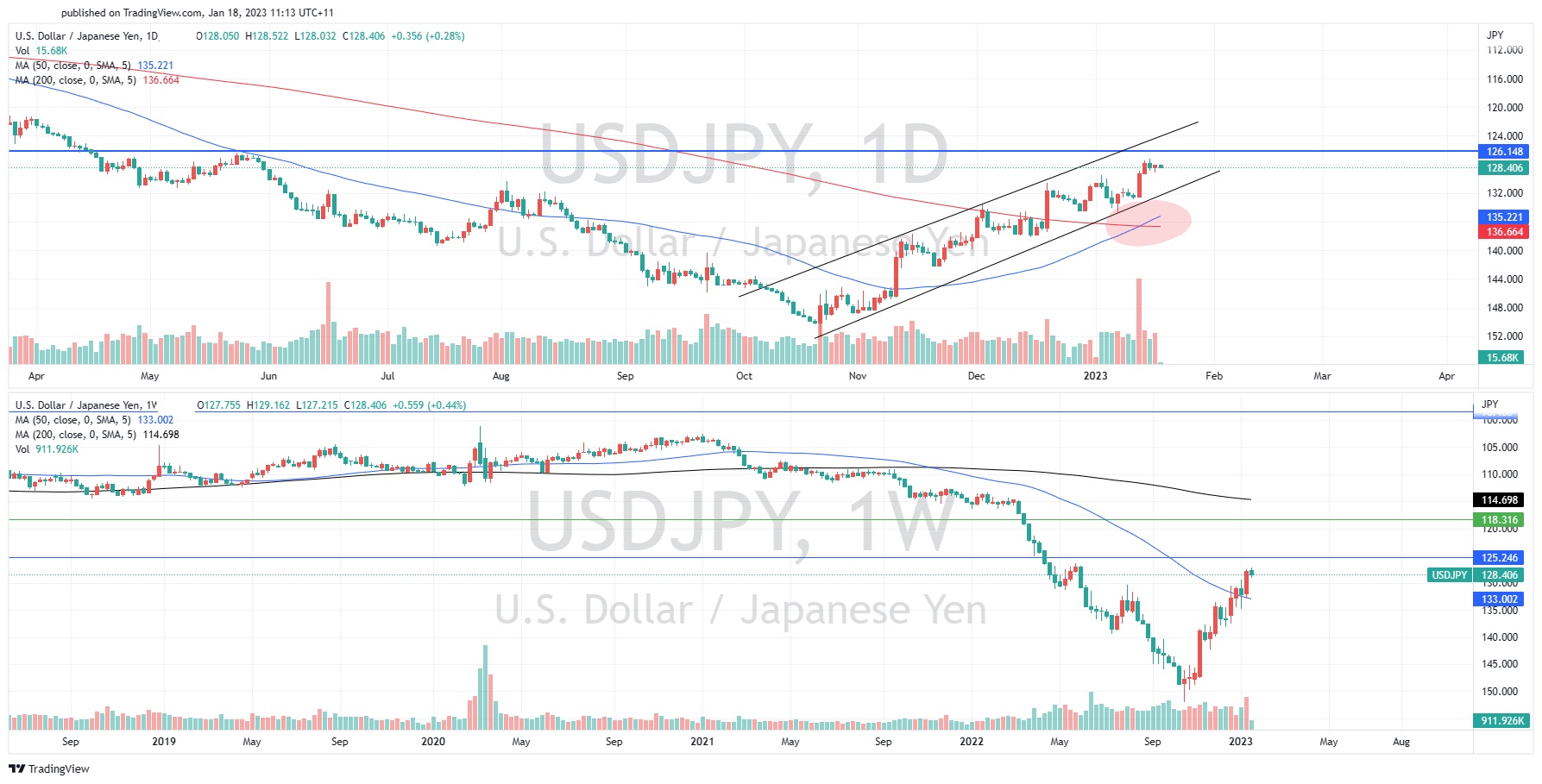 Natural Gas price continues to tumble, but the bottom may be near

The price of Natural Gas has continued its drive back down after peaking in the middle of last year. The price has had an aggressive sell off after an equally aggressive run during the initial stages of the Russian and Ukraine conflict. This was due to Russian gas exports being banned and elevated inflation levels. However, as the conflict has subs...

Is the ASX heading toward all-time highs?

The outlook for the Australian equities market is one of the best globally and is set up to cope with a potential recession. The Australian market sho...