USDJPY showing signs of another breakout

The USDJPY has been one of the strongest performing currency pairs since the beginning of the year. With geopolitical volatility and record high inflation rates impacting the global economy, the strength of the USD has just continued to be on show. On the contrary, the JPY has been pillaged from pillar to post as the Bank of Japan has refused to change form its dovish stance and remain one of the few countries committed to holding interest rates low in the medium term.

The US Federal Reserve has become extremely hawkish with its monetary policy, after describing inflation as transitory only last year. After recording extremely hot CPI and Core CP figures for the last month as the yield on US government treasuries has increased and trader price in more interest rate hikes. Conversely the BOJ has continued to keep a 0.25% cap on its 10-year government bonds.

On the other hand, a weak JPY makes the cost of importing energy and food more expensive in Japan. This is especially problematic as the global energy crunch and inflation have sent the price of these goods and commodities sky rocketing. The BOJ has also continued to buy up government debt stimulating the economy which has further weakened the currency. However, unlike, much of the rest of the world, Japan’s inflation level is still relatively low.

These actions of both banks and the current economic climate has led to a situation where the USDJPY is currently at 30-year highs and only looking to go higher. The price has been going up aggressively since 2021 has been an aggressive upward trend. Since March 2022 the price has sped up and broken through decade high levels. The BOJ has so far been unwilling to change, at least until April 2023 meaning there is little to stop the JPY continuing to fall. On the other side, with the Federal Reserve set to continue raising rates there is nothing to stop the USD from continuing to climb. 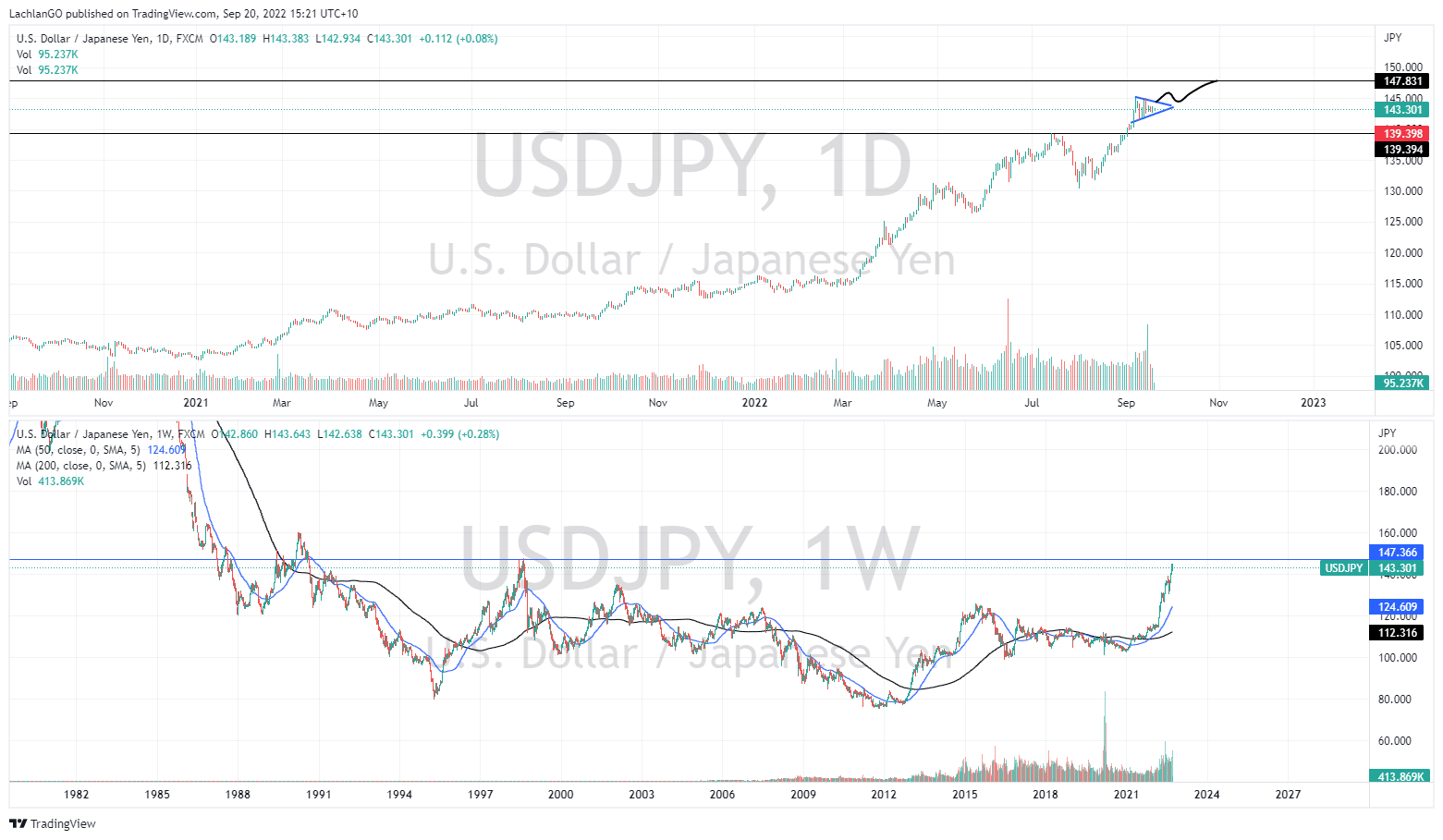 In recent days the price has begun to consolidate into a flag or pennant pattern. As it can be seen on the chart, the price has reduced its range and volume as it has paused amid its push upward. A pattern like this is not unexpected and is standard of a strong upward trend.

In addition, with important economic events to come like the FOMC meeting and the shift in federal funds rate, the USD may increase its strength if the rates incur an unexpectedly increase in rates. The next target if the price does break out of the triangle is 147 and then 160. Various economic events can still play a role in either pushing the price up or down.

As a trader the penny should now have dropped regarding the importance of energy stocks. Geopolitical issues around the world, especially surrounding Ukraine and Russia, has pushed energy stock prices to all time heights. This is due to supply chains being affected by the ongoing conflict. Newcastle Coal Futures, (NCF1) illustrate the increa...

AutoZone Inc. (AZO) reported its fourth quarter financial results for the period ending August 27, 2022 on Monday. The largest US retailer of after...