Global indices ended the week on a high as the US indices all recovered some of their recent sell offs.

The Nasdaq was the strongest performer rising 2.05% to close the week. For the week, the index was able to recover some of its recent selling, finishing up 8.18%. It was also the Technology sector’s best week since November 2020. However, it is still down 14.34% from its all-time high. The S&P 500 was up 1.17% and the Dow Jones 0.80% as Wall Street consolidated its gains. In Europe, the markets were a little weaker, with the DAX finishing flat up 0.17% and the FTSE slightly better up 0.26%.

Commodity prices continued to taper as the economic ramifications of the Russian and Ukraine conflict remain steady. Gold has settled at near support at 1900 USD per ounce and the price closed the week at 1920 USD as it holds that level. Natural Gas continues to hold near its highs finishing the week down 0.54% as it remains in a tight range.

Brent Crude Oil followed a similar pattern ending the week just below $108 at 107.96 after bouncing off the low at $97. The price spiked on the back of an escalation of hostilities in Yemen, as Houthi Rebels unleashed an assault on Saudi Arabia’s critical energy facilities. Previously, a sophisticated strike in 2019 on Aramarco (The world’s largest oil company) facilities took out half of Saudi Arabia’s oil production. The UAE and Saudi Arabia have also so far resisted calls to increase oil production to offset the deficit from the embargo on Russia. 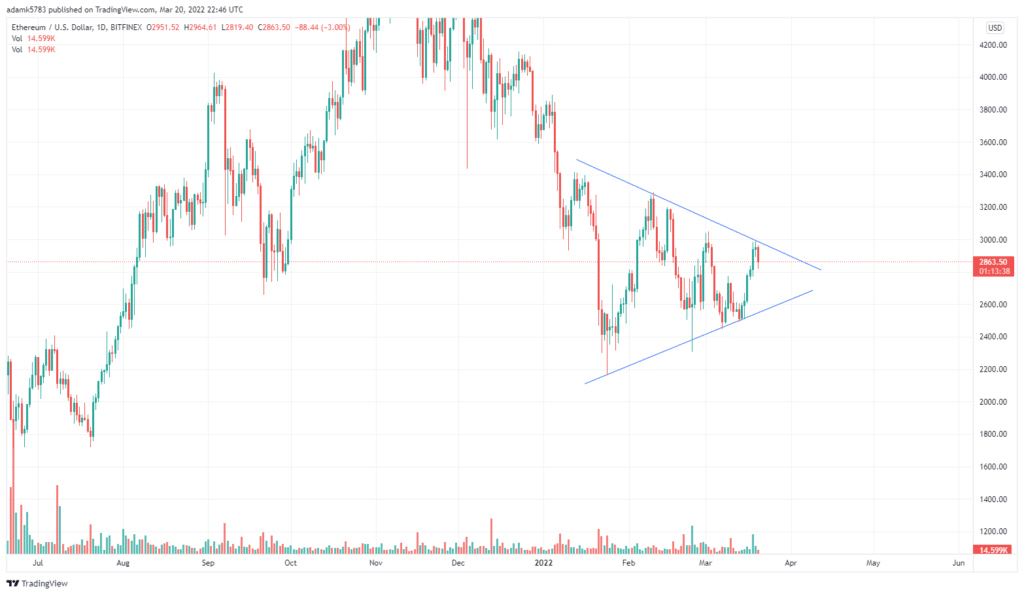 The JPY was pummelled against other currencies as it hit its lowest levels in 4 years against the AUD dropping 3.26% for the week. Against the USD, the JPY saw its lowest value in 6 years dropping 1.62%.

The AUD has continued to be a great performer, with the AUD/USD rising 0.51% as it holds 0.7408 cents. The market will be looking forward to Reserve Bank of Australia Governor Phillip Lowe’s speech on Tuesday for an indication of the likely monetary policy for April. The AUD has performed well during recent volatility relative to other global currencies due to high commodity prices which have supported the AUD.

The EUR/USD and GBP/USD both have been following a steady pattern as Ukraine and Russian conflict has settled. Both pairs remain below their recent resistance.

IGO is a Nickel, Gold and Copper-Zinc silver mining, development and exploration company. They are based in Western Australia and control an array of mining companies. The London Metals Exchange (LME) halted nickel trading on March 8th after an unprecedented price spike. This has forced IGO to delay their $1.09 billion buyout of Western Areas. T...

How the Russia/Ukraine conflict is affecting global IPOs

All prices in this article will be in USD unless otherwise stated. The conflict between Russia and Ukraine and the prospect of central banks tighte...