The global equities market remains solid after modest CPI and inflation figures were recorded for the most recent month in the USA. The Dow Jones closed the week 2.00% higher, the S&P500 2.67% and the Nasdaq 4.55% as risk sentiment improved. The country recorded negative m/m growth of -0.1%, the y/y CPI figure increased by 6.5% and core CPI month on month grew by 0.3% as the market holds out hopes for a pivot from the Federal Reserve rose again. With the first FOMC meeting scheduled for February, all eyes will be on Fed and its commentary related to the rate decision. With retail figures to come out later this week, inflation will again be in the headlines as the market tries to make sense of a potential recession and plateauing inflation.

The ASX200, (XJO) powered through the first full trading week gaining 3.07% as risk on sentiment improved significantly. The XJO also recorded its highest weekly close since April 2022 at 7328. Brent oil recovered almost all its gains from the prior week pumping by 8.86% and Gold continues its accent towards $2000 ending the week at $1920 per ounce, its highest price since April 2022. 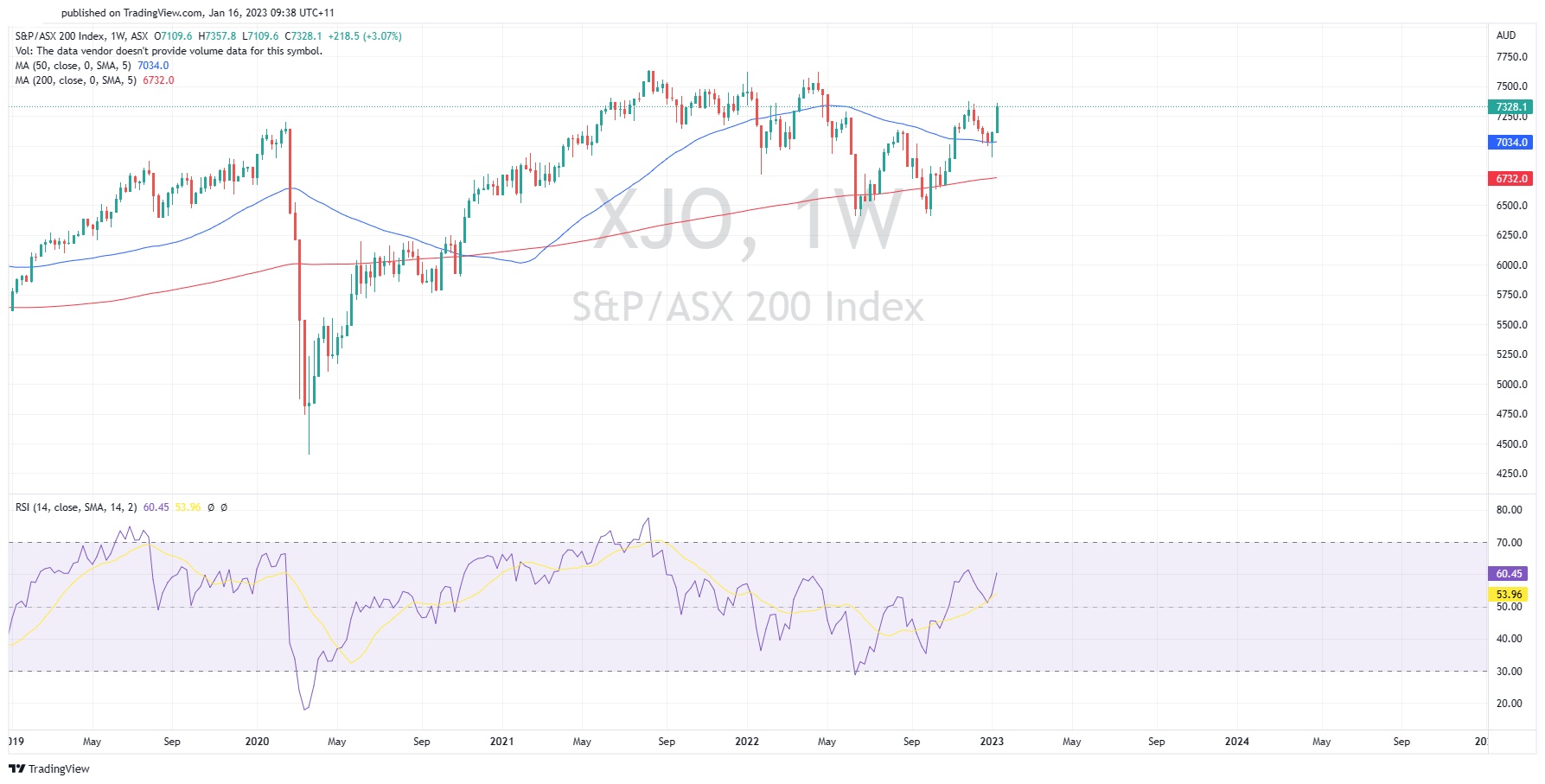 Stocks In the Spotlight

The oil company has seen its share price rocket in recent months after it announced a transformational discovery in relation in its 100% owned Cooper Basin project in South Australia. The company announced the oil and gas discovery in October 2022 and has seen a large volume of buying coming into the stock. The announcement included the potential of 845 million barrels of condensate/oil and 21 trillion cubic feet of gas. The share price has risen to 10.5 cents its highest level in more than 2 years. Managing Director, Mr Tino Gugliemlo stated, “This is a very exciting development for Bas and its shareholders… this new potential gas resource represents a credible material contributor of gas to the domestic market.

The Melbourne based biotech company that has launched its share price to 52-week highs. The company who manufactures synthetic organs, typically grafts to replicate skin tissues that can replace natural ones for patients. The company recently completed a capital raising where the company raised 53 million dollars at $1.90. This was done in order to support its growth into international markets such as Canada, India and Hong Kong. The company is attempting to expand its production capacity to meet its growth targets. This investment paid off in its unaudited first half year results showing a record sale of 27.3 million dollars of which 22.8 million was from the US alone. The share price is currently $2.54.

The semiconductor chip company has seen great recent strength in its share price as it edges closer to commercial production and sales. The company officially released its 22-nanometre chip to be manufactured. Weebit aims to provide an alternative more efficient semiconductor chip to the market. This will help operate Artificial intelligence and new technologies that come along in the next few decades. The share price is currently trading at $4.10, near its 18-month highs. 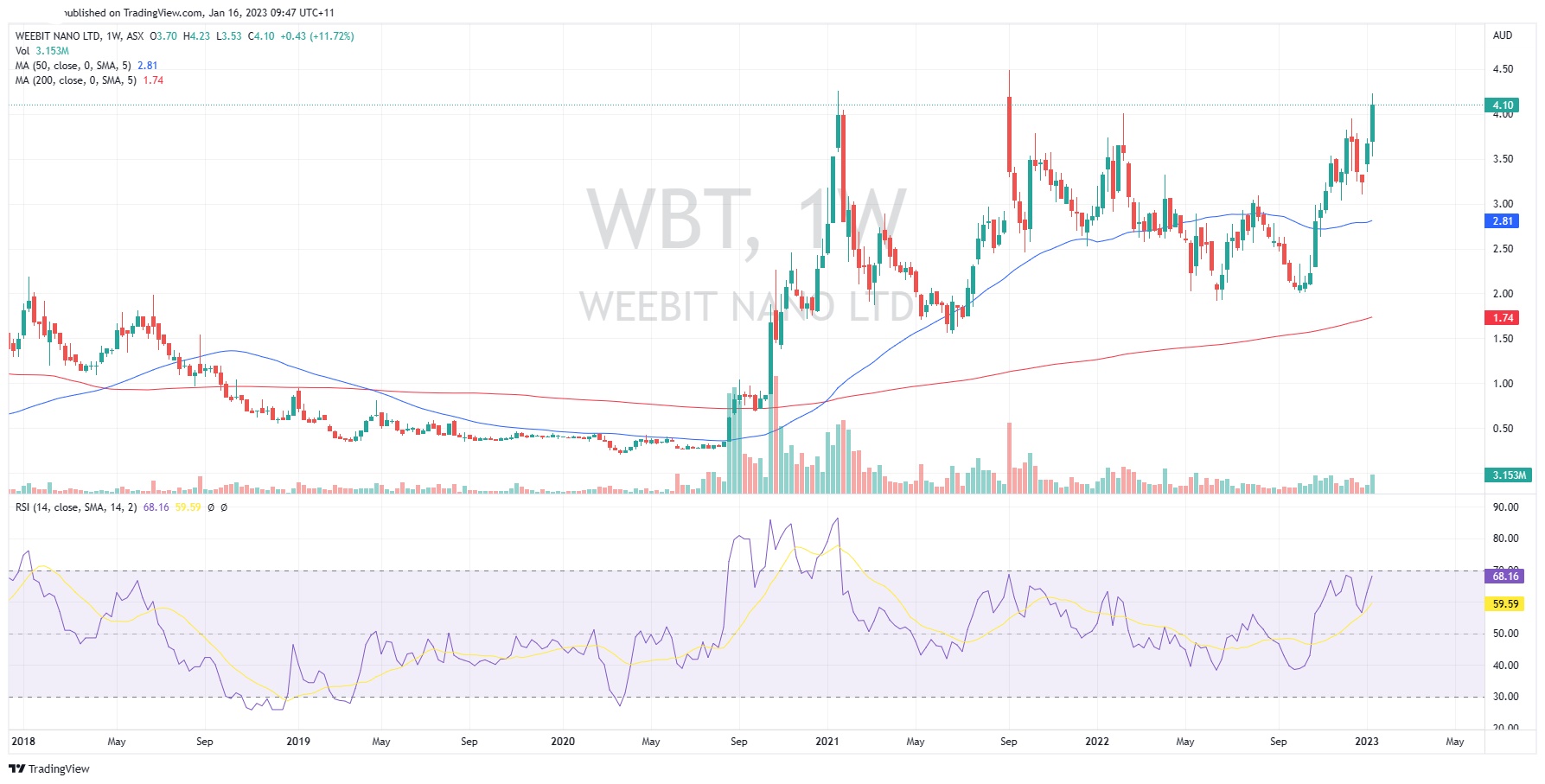 Is the ASX heading toward all-time highs?

The outlook for the Australian equities market is one of the best globally and is set up to cope with a potential recession. The Australian market showed itself to be robust in much of the volatility and downturn of last year being one of the more solid economies. This relative strength has carried so far into 2023 and has largely been due to th...

The US equities market at a tipping point after CPI data

The US markets are at a tipping point after CPI figures point to slowing growth and a potential pivot from the Federal reserve. The US released its up...